Probably my favourite month of the year, for so many reasons.

First of all – the weather. I’m from Scotland, and even after 16 years of living in Canada I’m still not used to the weather. Summer? Absolutlely bloody hot. Incredibly humid. Hard to breathe. And yet apparently all that means is we should head to the beach – because hey, what’s hot weather without a full body sunburn to go with it!

Then there’s Winter. Ahhhh…..Canadian winters. Nothing like having to shovel 3 feet of snow every day or weather that’d freeze the balls off a brass monkey. And I only live in Ontario. Could not even imagine having to deal with the crap that Alberta puts up with.

The weather right now is just perfect – you get a few slightly sunny days, but a lot of cool days. You even get my favourite – rain! And as someone who works inside with a large window to stare out of – it’s always a lot easier to deal with when it’s pissing down.

To go along with that – I have routine in my life again! The kids are back to school!!!!!!!!!!!!!!!!!! Yes, I think that statement required so many exclamation points. I just love a regular routine so bloody much, and I’m looking forward to 9pm-5am sleeps again. It’s so quiet in my house I’m not sure if I’m working in my office or a bloody library. Love it. 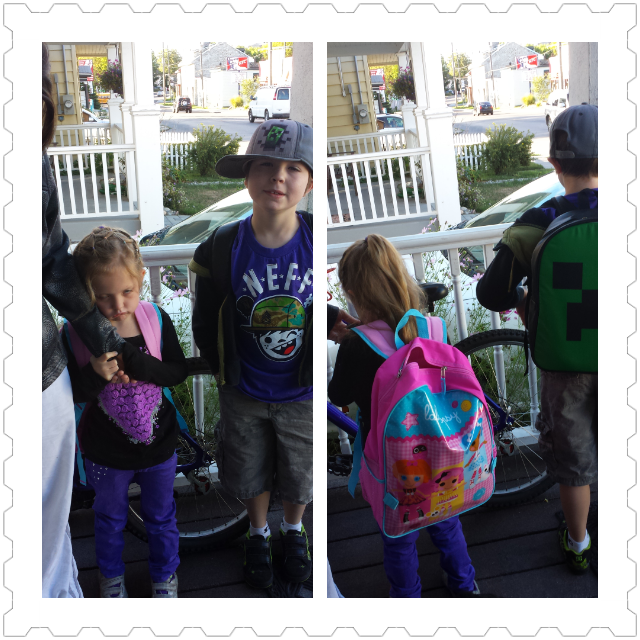 Finally – SPORTS. So many sports. Soccer/football is back, the NFL kicks off this week, NHL and NBA kicking off soon, the CFL is rocking along – and the godawful WNBA is close to ending, which means I can stop paying attention to it. Yay.

I think on everyones bucket list should be “find a super top secret hidden spot of nature”. Somewhere where practically no-one else knows about it.

We recently discovered one and it’s awesome – a clay beach hidden away on some back roads. Very rarely is there anyone else there but us. Sometimes in the distance you’ll see a car whizzing by and that’s it – other than that it is incredibly quiet other than the sounds of nature around you.

Plus as I said it’s a clay beach – so the kids get to do shit like this:

I’ve had the awesome Logitech G15 keyboard for as long as I can remember: 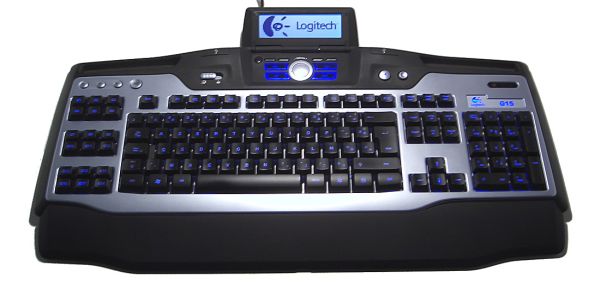 Our adult cats had their second litter of kittens a few months ago, and we kept one. And it’s a bouncy little fucker. Just completely mental. Plays a game where it likes to see how many times it can jump from my desk to my wifes desk without falling. Which is fine and all – but I think the record is like 3 before it doesn’t make the jump and crashed to the ground. Just give up dude.

On the weekend it decided to try again – while I was in the middle of getting ready for Fantasy Football. I had a few Sports Illustrated and other magazines on my desk – and the kitten jumped on top of them, slid about 2 feet and went crash into my pint of water, which went all over my bloody keyboard and wrecked it.

So until I go keyboard shopping I’m stuck with some random basic keyboard I got years ago when I bought my dad a new computer. The type of keyboard that even someone from Somalia would laugh at. It’s fine for the most part – EXCEPT about 10 times per day, I use Alt + Print Screen to take a screenshot of something. However due to this keyboard being about 25% smaller than the G15 I end up hitting the wrong button. So I hit the WINDOWS key and the Print Screen/SysRq button – which automatically shuts down my computer. No confirmation screen or anything – just BOOM GOODBYE YOUR COMPUTER IS OFF.

So if I’m talking to you on Skype, and I say “Hey check out this screenshot” then I IMMEDIATELY DISAPPEAR – that’s why. It’s 11am and I’ve already managed to shut down my computer 3 bloody times today.

So I recently discovered Pandora. It was around the same time I decided to stop living under a rock.

Seriously though – we don’t get Pandora here in Canada. I think it’s just the USA that gets it. My friend recently went down to the States and he wouldn’t shut up about Pandora. I use UnBlockUS to access Netflixes other than just Canada – so I was able to access Pandora – and holy I am hooked.

Just an awesome service, and if you live outside the US it’s well worth jumping through a hoop or two to get it. I’ve already signed up for the premium subscription.

Just When I Think I’ve Seen It All…

I’ve been creating websites since 1996. I’m pretty sure I’ve seen it all, and that nothing would surprise me anymore.

Then I launched a new website(BookSeriesInOrder.com), and started recieving search engine traffic within 3 hours.

Seriously – 3 bloody hours. I hadn’t even submitted it to webmaster tools yet or signed up with analytics and of course it had zero backlinks – and it was already bringing traffic after 3 hours.

While this was awesome – I just know it’s going to disappoint the hell out of me when I launch future sites and it takes a week for traffic to start coming in. Still was a nice little motivational boost to be making money on the site in the same time it takes an NFL game to play out.

Whew – time for me to get into a routine here and start rocking work. I’ll start writing more on Affiliate Bible now that Summer is almost over.

I want to end with this Bill Watterson inspired comic. It’s about artists – but it obviously applies to people like us too.

That’s so inspiring I almost considered posting JUST that for content this week.

This is the guys site and he has a ton more like that – but as a Bill Watterson fan that one REALLY stood out to me. I really hope that ends up becoming a print because that will be going front and goddamned center in my office.

Have an awesome week, I know I will!

This article was written on September 3, 2013 however all articles are looked at on a monthly basis and updated to keep them relevant.