Partnerships in the affiliate industry are an interesting thing. Most of you have probably had them. Unlike the real business world, you will generally have multiple partnerships with multiple people on multiple levels.

Practically every partnership I’ve had has been with people online. No-one in the real world. Yes there are some partnerships where I’ll see the people a couple of times per year, and we’ll go to sporting events together or just hang out at a bar and so on.

Today is the day that’s all going to change.

On January 10th, 2013 I was sitting in a chicken wing restaurant with my brother-in-law Scott. After years of being “connected” as family members yet not saying a word to each other, we had finally became really good friends about 18 months prior to that. We’d even attempted 2 affiliate websites together, but neither worked out as he really didn’t understand what it was all about nor had the passion or interest for the topics we covered, and I never did a good job of explaining it to him. Both websites died quickly making exactly $0.

We were together to celebrate the apparent end of the NHL lockout. The season would begin 9 days later. Somewhere during that conversation I was talking about my sports betting tips websites, and how I wished I had an NHL one. Then I approached the idea – why don’t we do an NHL website together? It was one of those things that just worked out perfectly – Scott is a massive hockey fan, and we were on a deadline of 9 days to actually launch a website. So 9 days of hard work later, BetNHL.ca was born.

15 months later, Scott is becoming a full time affiliate. Today will be the first day where he will be coming to my office to work. After years of workplace solitude, I’ll be working with someone beside me. (Although not every day)

And man – I am so pumped for that.

That’s why I am thanking partnerships today. I know of people who do everything themselves, because prior partnerships haven’t worked out. And that’s understandable. But nothing beats having everything click. Over the past 15 months, we’ve been on board with everything and everything has just worked out so damn well.

Over the past month, I’ve had quite a crazy time. I went to New Orleans for Wrestlemania 30. I went to Bruins vs Habs Game 3 in the series. I went to Edmonton to see 2 of my best friends. I went on a great family trip to Niagara Falls. Yet nothing compares to the excitement I have of today – of thinking of that first strategy session, where we sit down and just bounce off ideas and plan out the next few months.

Thank you partnerships – when you work out, you are truly awesome.

Trips and The Other Life:

There’s always a part of me that has a pang of jealousy of other affiliates. Those are the affiliates who are single, or have no family commitments. They work out of their laptop. Some will travel the world. Others will live in the US for most of the year, but move to Costa Rica or Mexico for a few months when it gets cold. Hell my good friend John Wright of Gaffg.com and the recently launched Betting Bonuses Today once flipped a coin while in London – would he move to Spain or Czech Republic. Ended up moving to Spain and living in Barcelona for a few years. (Where coincidentally we became best of friends when he showed me and my wife around)

I’ve always thought it’s been pretty cool, and it’s fun to daydream like that. Touring the world, going wherever you want, when you want and experiencing life to the fullest.

Over the last 5 weeks, I’ve actually got to experience that. Some of the things I did include:

It’s been quite the time. A lot of traveling, a lot of partying, a lot of amazing and unique times – and all I can say is:

Man, am I ever glad that shit is over with.

Don’t get me wrong. I loved it, I really did. So many memorable moments to “tell the grandkids”, as people say. Chanting “YES! YES! YES!” with 70,000 other people in Bourbon Street after Wrestlemania? Being there for that incredible moment when P.K. Subban finished his penalty, stepped onto the ice right into a breakway and scored an insane goal? Oh man – just amazing moments.

But it’s just not for me. I got to experience the grass on the other side – and that’s not me. The next few months? I plan on going absolutely nowhere. Getting back into a routine. Enjoying Summer. Working my ass off. Watching the World Cup. Playing my backlog of XBox games. Relaxing on the deck, and playing with the kids in the yard.

Boring? Hell yes. But I couldn’t be happier.

Well – that’s not quite true. 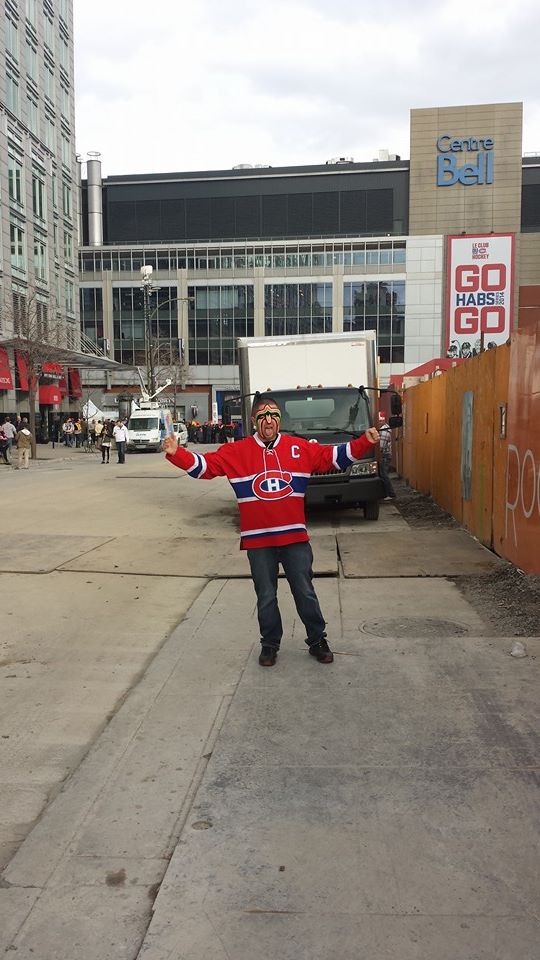 Sadly the good comes with the bad, and on May 4th I lost my Galaxy S4. I’m one of those guys where EVERYTHING is on the phone. It’s my life, and I use it for everything. It’s with me everywhere. Sadly it fell out of my pocket in a cab, and I was so drunk I didn’t realize until the next morning.

I’ve seen other people lose their phone. So I’ve learned a lot from that. I upload my pictures every month, and before every trip to my computer. I had a “lost android” app on it to be able to track the phone, and I even let the Google Gods track my every movement. The battery died so the lost android app didn’t work out, but I was able to track the Google location history, and saw it go with us in the cab, then take a trip all around Edmonton still sitting in that cab.

Of course I didn’t quite do enough – you never do, until it happens to you. All I had was “swipe to unlock” on there because I used it enough that anything else would be a hassle. And there’s some apps on there where you have the option of keeping your data in the cloud, or caching it on your phone. I’d go with caching it – data that I sit here and think “ugh” if people access it.

So this is generally a PSA. Sit there and look at your phone right now. Think about it. It gets stolen – by someone who doesn’t have the intention of reselling it, but is instead malicious and out to ruin your life.

How screwed are you?

Do what you can to prevent that happening. For example I’ve went with a password on my phone now. I’ve been more careful with the apps that I install, making sure I lock every one with private data with its own unique PIN. I’m going to start doing monthly backups of my phone, to make it super easy to restore. As lame as it sounds – it’s quite annoying having to sit there for a few hours reconfiguring your phone and all the apps and all the widgets etc.

Seriously – I often end these articles by telling you something to do to kick-start the work week. If you have a phone you value do the following:

Oh – and if you plan on going out to a bar, drinking about 18 shots as well as 10 pints of beer and getting absolutely blackout drunk?

Maybe leave your phone at home.

Have a great week all.

This article was written on May 12, 2014 however all articles are looked at on a monthly basis and updated to keep them relevant.