I love marketing. I remember getting to pick our classes in high school when I had turned 16, and one of the ones I chose was marketing. It was because my friends were taking it too, as it was generally accepted as an “easy class”.

It was something that hooked me though. I’m not sure exactly when – but I’ve mentioned before my fondest memories of that class being the day after the Superbowl. My marketing teacher would get the commercials that aired in the USA imported over on a VHS tape and we’d all sit down and watch them. I remember the passion as he spoke about each one, and I knew that was what I wanted to do with my life.

One thing I really love about marketing though – is watching how it affects myself. I try and pay attention to that, and think about why I am doing certain things or why I made a specific purchase.

Yesterday, for example – after two hours of cravings, I bought myself a bottle of coke.

Now buying a bottle of coke? What’s the big deal about that? Millions of it are consumed every day by millions of people.

Well I rarely drink pop. I mean I never drink it at home, and the only time I’ll have it is if I’m out at a restaurant and not drinking beer. Not just because it’s bad for you – but I also break out in zits when I drink it – so that helps keep me away from it! But something happened yesterday that got me craving it – and it’s the trickle down effect from coke spending billions on marketing every year.

I was outside, sitting on my porch and enjoying the hot sun. I saw a guy walking by. He was wearing a dress shirt and pants – both were dirty and wrinkled. He just looked like one of those guys who were beaten down by life. Probably broke as hell, barely making ends meet etc.

Then I saw him coming back. He had went to the corner store to buy one thing: a bottle of coke. I sat there and watched him as there seemed to be a slight spring in his step now. He crossed the road, then he stopped, opened the coke and took a big drink of it.

It may sound stupid – but man, this was a beautiful moment. You could freeze that moment, take a picture of it and slap it in the dictionary under “refreshing”. This guy looked beaten down by life – but yet for that moment, none of his problems mattered. He was just standing there in the hot sun, drinking this bottle of coke like it was just the greatest thing in life. A man just in full appreciation of how great a coke could be on a nice hot day.

2 hours later I just could not get that image out of my head. I walked over to the corner store, and bought myself a bottle of coke. It’s fascinating just thinking about things like that – what sort of marketing can affect you and your purchases, or the way you do things.

And if you’re wondering – yes, the coke was worth it. Probably not as refreshing and life changing as the other guys, but it was still delicious.

And worth every freaking zit I will get.

Part of my morning routine usually involves entering online contests or sweepstakes. What can I say – it’s fun to win free shit, and it’s a 20 minute process while watching Sportscentre. And hey winning free stuff is great – over the years I’ve won a Ford Freestar van, the Mick Foley Wrestlemania contest, Harlem Globetrotters VIP Experience, a romantic trip to Montreal for two and a whole bunch more.

For me though – a large part of it isn’t just winning – it’s the idea of winning. For example I entered one contest where the winner would get to attend EVERY Stanley Cup Final game. They would fly from city to city as the home team alternates, getting to go to each game. Seriously – how cool would it be to win something like that? And as I said it’s not even about winning – it’s just the idea of it, and being able to sit there and dream about it or chat to your buddies about it over a pint.

What’s interesting as I enter these contests, is look at the social marketing some of these sites do. You’ll get standard ones like tweet about it for an extra entry, post it on Facebook for an extra entry and so on. Those are okay – but one really stood out to me. This Nutella one for example: 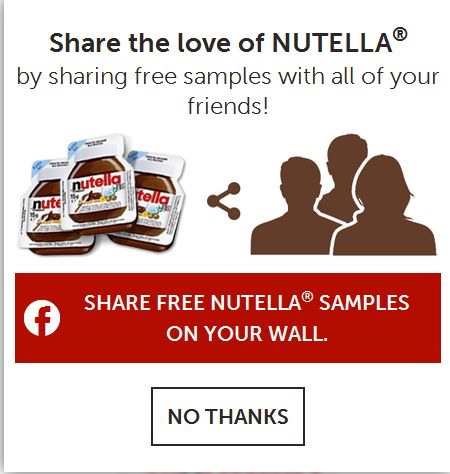 The World Cup is fast approaching, and I don’t have a website set up for it yet. Ugh.

This is where it can be important to make sure you manage your time and work effectively. For a site like that – and I’ll write more about it next week – I much prefer to work on it myself – which means writing all the content myself. It’s a topic I thoroughly enjoy, and I’m actually pretty pumped for this week. Time to get my world cup on.

I just hope the weather is nice. It’s been absolutely brutal here with constant rain and thunderstorms. Really sucks as there’s nothing like sitting out back, relaxing with the netbook on my lap, enjoying beautiful sunshine and thinking “Wow – this is my job.”

Have a great week dudes.

This article was written on May 26, 2014 however all articles are looked at on a monthly basis and updated to keep them relevant.