One thing I really love about being a gambling affiliate is just how great the community is.  It’s a really tight-knit, friendly community with everyone helping each other as best as they can, even though we’re all competing with each other.

On Saturday, December 11th a few affiliates were going to UFC 124: St-Pierre vs Koscheck 2 in Montreal, and we decided to meet up before the event and have a few drinks.

Of course what’s even better is when there is an affiliate meet-up, there’s always an affiliate program wanting to take care of all the affiliates and show them a good time.  This time around it was the awesome guys at Bodog, who set up a private dinner for the affiliates that were attending UFC.

I arrived in Montreal on Saturday around noon, and met up with ex-Rockbet affiliate Manager John Wright, who is now an affiliate on a full time basis with great websites like Grem.net.

We headed to McLeans pub which is close to the Bell Centre, and a place that I always enjoy going to.  The food always sucks, but the service is good, it’s frequented by UFC fighters, and they offer their beer in “beer towers”.

Here’s a picture of one of these infamous beer towers from a couple of years ago when I went out drinking with Seb from Bodog: 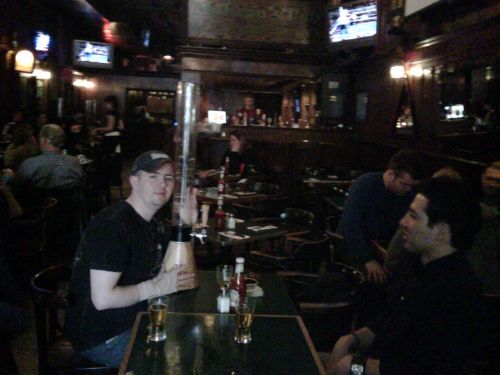 Empty, and proud of it!

We chilled at McLeans for a few hours and then Graham Rowlands, who runs the awesome CasinoB.com showed up.  He had driven all the way from Toronto and hadn’t even checked in yet – after that drive he needed beer and he needed it fast!  He had a quick pint and then headed off to check-in.

At this point Roger from Compatible Poker and Pat from MMA Betting Blog showed up, and the drinks continued to flow.

Matt Hammill also showed up at one point and was sitting practically right beside us, selling autographs, pictures and t-shirts.  I’m not a fan of Matt Hammill, but thankfully Pat didn’t follow through on his threats of telling him that, otherwise I probably wouldn’t be sitting here writing this trip report!

Graham came back and eventually Riccardo from Bodog showed up, to drag us all away from the beer and head on over to the Bodog private dinner.

We went to a restaurant called the Queue De Cheval – and wow, was it amazing.  It was a really high class steak house just a couple of minutes from the Bell Centre where UFC was being held, and I’m going to have to go back to visit it.  The shrimp was bigger than a baby’s arm!  Many props to the guys at Bodog for treating us to such a great restaurant. 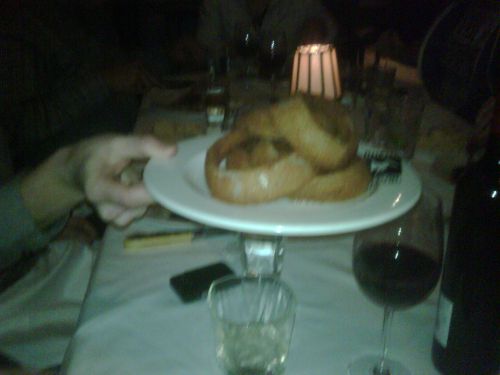 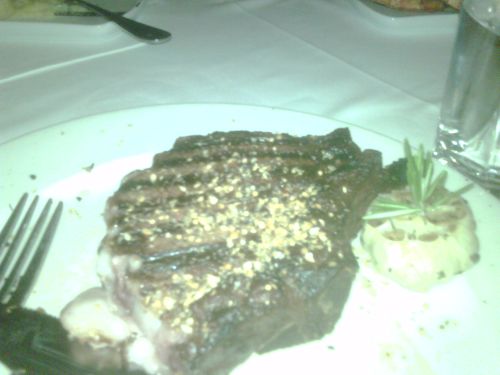 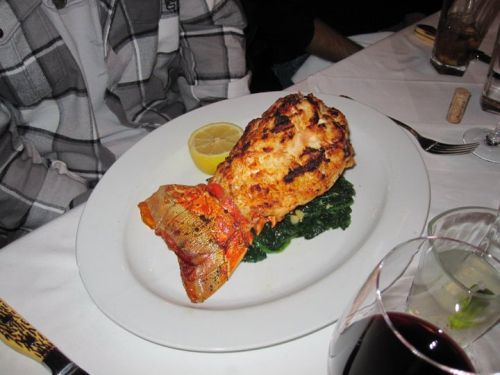 All of us at dinner: 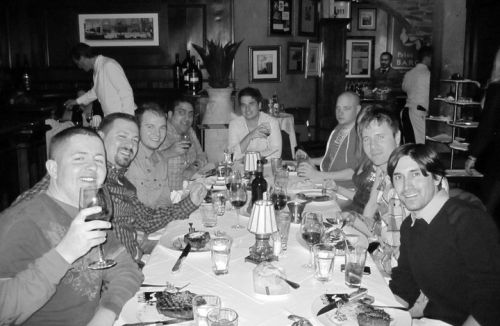 From left to right its:

Me, Troy, Graham, Riyaz, Riccardo,  Not Sure, Roger, Pat.

After that it was off to UFC.  I was in the section beside Riyaz & Graham so we went out for a few smoke breaks together during the show.

Unfortunately for me – during one solitary smoke break, I ended up chatting to a guy who had smuggled in a bottle of Jäger.  As there was an after party that we were attending when UFC was over, I had deliberately made sure I drank as little as possible during the day.

Responsibility goes out the window as soon as Jäger is involved.

Although I drank about half the bottle I thankfully do remember UFC.  The rest of the night is a bit hazy though.  Here are a few pictures of the event – courtesy of Graham: 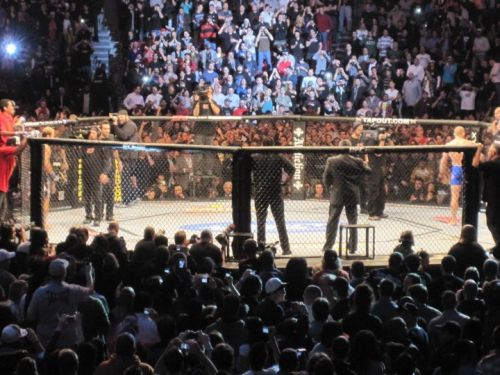 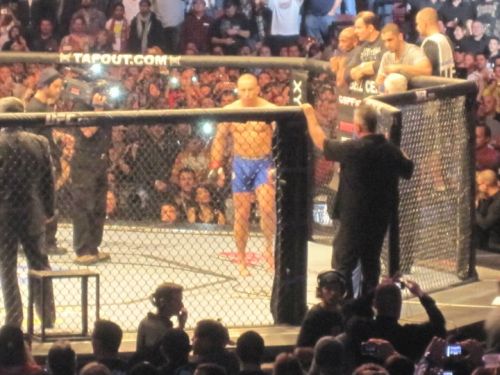 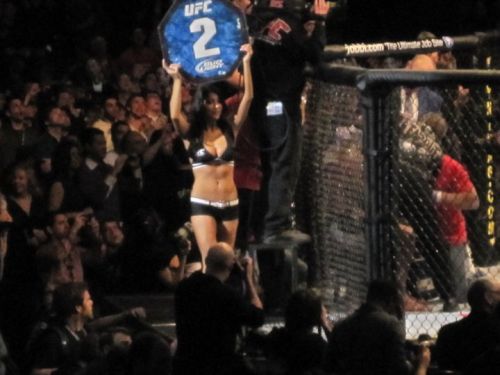 Afterwards a bunch of us ended up at Club La Boom, where there just happened to be an adult webmaster christmas party going on.

It was good times, here are a couple of pictures where I’m practically being held up: 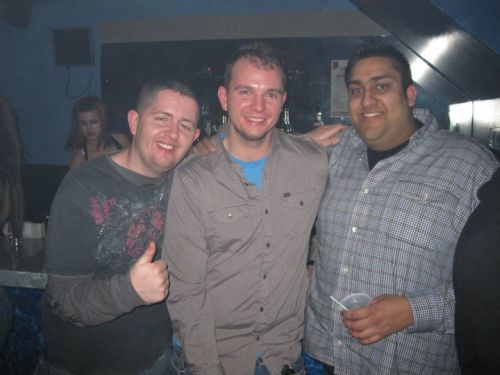 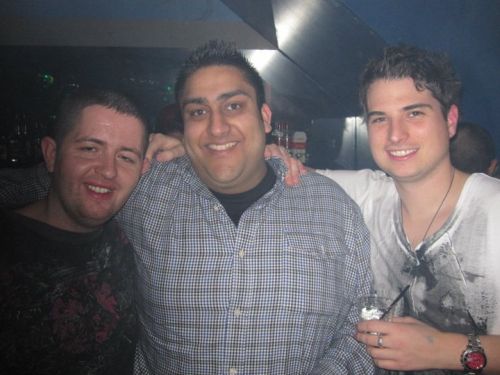 Overall it was a great time, as is every affiliate meet-up no matter how big or small.  Always great to see old friends, and meet new friends.

Many thanks to Bodog for the awesome dinner.  Now hurry up and get that goddamn sub-affiliate program going Riyaz!

This article was written on December 13, 2010 however all articles are looked at on a monthly basis and updated to keep them relevant.