Thank you Italy, and thank you Super Mario Balotelli for defeating England on Saturday night in the World Cup.

Being Scottish means I – well, sadly I rarely have a team to cheer for in the World Cup. Of course I’m betting on every game, do have my favourites and am always into it – but generally every major national championship these days comes down to “As long as England don’t win it, I’m happy”. Even better if they get gubbed in the group stages.

We Scots don’t hate English people personally or anything – we just generally hate them as a nation as a whole. A great example of that actually was right after Italy defeated England 2-1. You would have thought that England had won, the way the commentators go on. Talking about what a great performance it was, what a spirited performance it was.

It’s going to be interesting though because England do have the potential to be lethal. Having Welbeck, Sterling and Sturridge racing all over the place – all you need is someone there to put in the through balls, get some creativity going and bobs your uncle. That switch of Rooney/Sterling could come back to haunt Hodgson. Going to be interesting to see how they line up next.

And I really liked Italy. I thought Immobile would be the hero but Balotelli is showing what a season in Serie A has meant to him. In the first half he wasn’t very impressives but he brought it on in the second half. If he can perform more like that throughout the tournament they’re real contenders.

Overall though a fantastic start to the World Cup with a ton of goals. Funny to see Under 2.5 being the favourite in almost every game at the bookies, and now it’s drastically changing to the Overs. Hope the goalscoring keeps up.

I’m the Uruguay of Webmasters:

Seriously – the amount of errors I’ve been making on my World Cup Tips site is just insane.

I’ve already covered it in depth in this article – but that was all pre-launch. Now it’s launched – I still seem to be making mistake after mistake.

I’ll just blame it all on World Cup Fever I guess.

Just a quick note that the next few T_IM’s will most likely be 100% about the World Cup, or close to it.

Football is my life, and I often have to pinch myself to remind myself that yet – this is real life. I am sitting down on a Saturday from 12pm until 11pm watching football game after football game – that’s my job. I’m going down the pub to watch the games, hanging out with friends and watching games.

While I probably didn’t have this specific dream – it’d be nice to be able to go back to the 14-15 year old me. The pimply faced youngster who would get up at 4am, and spend 3 hours in pissing rain delivering over a hundred newspapers each day – all for the paltry sum of £10 per week. To go back in time and tell him that his future job would involve sitting around in the sunshine, drinking beer and eating wings.

It truly is amazing what hard work can accomplish.

Now come on CR20 – show everyone just WHY you’re the best player in the world and take down the Germans today! 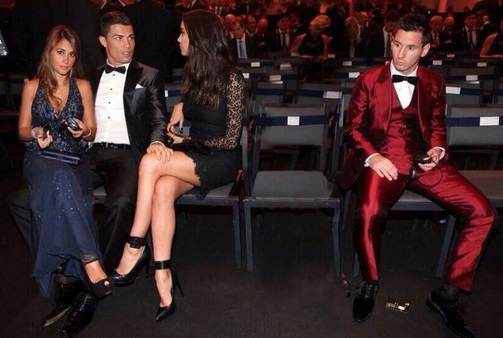 And F U Messi.

This article was written on June 16, 2014 however all articles are looked at on a monthly basis and updated to keep them relevant.