I’d like to take some time out from my usual articles to give thanks to a few affiliate programs. The affiliate-program relationship is always such a weird relationship – and sadly, many programs look as affiliates as just another “affiliate ID”.

There are many affiliate programs and affiliate managers that actually care about affiliates, and like to show that we are appreciated. Because lets face it – being an affiliate isn’t easy. There is a ton of work involved, and it really is a risky business. Your potential income can drop 60% overnight if just one website takes over you in the SERPS for a high ranking keyword. You need to constantly work, keep things updated, study statistics and basically work your ass off to be a good affiliate.

So it’s nice when affiliate programs show their appreciation for this. Hence this article – to give thanks to a few programs that have shown me that appreciation over the last few months. You’ll also notice that the programs mentioned in this article are also some of the most prominent properties on my gambling portals. That’s NOT a coincidence.

Alright first off, the amazing guys at Cake Poker.

Cake Poker sent out awesome Christmas gifts to affiliates and players alike in 2008 and 2009, and in 2010 it was no different. I almost forgot to even post the awesome gift that they sent out this year – which is a shame because it really was the best gift yet, and it gave me inspiration for this article.

In 2008, Cake Poker sent out Ipod Touches to select affiliates.

And just before Christmas I received this amazing gift from Cake Poker – a netbook: 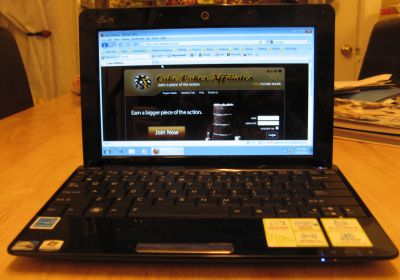 First of all – a big thank you to everyone involved at Cake Poker. Justin, Rob, Chris, Doug, the dearly departed Shenaz and everyone else that I am forgetting – thank you so very much. A netbook is one of those things that I couldn’t convince myself to purchase – but now I have one, I wonder what I ever did without it. Thanks guys. Noticed how there are more articles written at PAB this year compared to past years? The Netbook is the sole reason for that.

Now let’s talk about WHY they sent it out, and what we can all learn from it. Especially you affiliate program managers that are reading – you can learn a lot from Cake Poker.

Cake Poker sent this gift out for one reason – as a reward. As a thank you. Cake Poker said “Hey, we appreciate you promoting us, and we’d like to buy you a gift.” I already promote Cake like crazy, and they’re my #1 room. It wasn’t an attempt to get me to push them more or anything like that – it was quite simply a reward. It was Cake letting me know that they appreciate my promoting them so much, that they want to buy me a gift.

What that means is that I don’t matter to them – and if I don’t matter to them, then quite frankly I don’t care about them. If another room on the network they are on approaches me with a better offer then I’m going to go with that – because I have absolutely no loyalty towards that poker room.

Then there’s a room like Cake Poker, who have treated me very well, and are people who I would consider friends. Not just because of the gifts – although they are of course appreciated – but because when I talk to them, I never feel like I am just an affiliate ID. They treat me like a real person. We have beers together, go for dinner together. They’ve built a loyalty that can’t be broken with ease, and have created a relationship where I will stick with them through thick and thin. The last year has been tough for Cake Poker. Their software still sucks – although Cake 2.0 is just around the corner – their games aren’t as fishy as they used to be(and dried up big time during the summer of 2009 when sportsbook players were temporarily cut off). But guess what? I still promoted them as my #1 poker room, and bar a disaster of AP/UB proportions, I’ll continue to do so.

And you know what? There’s a lot more affiliates out there that feel the same way as me. And it’s not just about the gifts. (Although I wouldn’t say no to a PS3! 🙂 ) It’s about the relationship, and the way that we are treated.

Sure, there’s affiliates that only care about the bottom line, and that’s completely understandable. However I would estimate that the majority of affiliates will promote a room based on the relationship with that room, or the poker rooms affiliate manager. Take Stephen Freund – formerly of Paradise Poker and currently of Commission Account – he was one of the first affiliate managers that “got it”. He’s a great guy and when poker was still in its infancy he became friends with a lot of affiliates and it now pays dividends for him and makes his life so much easier. As soon as he went to Commission Account I have no doubt that he had a lot of affiliates follow him immediately and start promoting the Commission Account properties like Sportsbook and Players Only, based purely on their prior relationship with Stephen. I know I did.

When I first started out as an affiliate, barely any affiliate managers gave me the time of day. Then there was Claire Leighton, who was with Partnerlogic at the time. She personalized everything – we chatted over e-mail and over the phone, and even though I was just starting out, she treated me like I was their top affiliate. Due to that I gave Partnerlogic properties prominence, and I blindly followed Claire when she moved to Affiliate Club. (I actually specifically asked to work with her when she went to Bodog, but then Seb took me out for a day of Irish Car Bombs and won me over!). Claire has since moved on, and I’ve followed her everywhere without fail.

That’s the thing that so many affiliate managers and programs just don’t get – how important it is to build a relationship with the affiliates, because it will always pay dividends in the future, and to many affiliates the relationship is valued a lot more strongly than 2 extra percent.

As another example – I was recently offered a deal by an un-named poker room that is based on the OnGame network which was higher than I am receiving at other rooms on that network. However in England at the London Affiliate Conference, I spent a lot of time with David from Tower Gaming, who are also on the OnGame Network. We actually spent both Friday and Saturday drinking and shooting the shit, and running up MANY bar tabs like this: 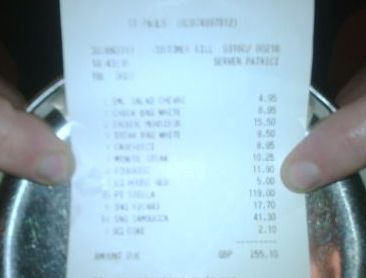 Which he happily paid. Furthermore we became good friends during that period of time, and he even invited me to watch the Superbowl at his place if I was in the area. Guess what? #1 on my to do list when I came back from London was to make Tower Gaming one of the most prominent rooms on all of my websites. Why? Because I want to make money, but if I can make money for myself AND a friend in the process then I’m going to do that.

This is what affiliate programs need to learn – if you want to get the best results out of an affiliate stop looking at them as just an affiliate ID – personalize everything, even become friends with them. If you’re at a conference sit down and have a pint with them and don’t talk shop. Send them personalized e-mails that have absolutely nothing to do with work, and just get to know them better.

And when it comes to Christmas time – look at all the hard work that affiliate does for you, and reward them. That’s what Cake Poker do with their gifts every year – they let affiliates know that they appreciate them, and I’m going to work a lot harder for people that appreciate me, than people that don’t even know my first name. (It’s Graeme, BTW.)

You don’t even have to go out and buy gifts, or take affiliates out to dinner, or offer to buy affiliates an hour with some premium hookers(oh Amsterdam how I miss you). Just treat the affiliate as a person, as an actual human being – and you’ll see better results out of them.

Finally, I have to give a shout out to the wonderful Sonet at Referback. >>Promote These Guys Now<<. She didn’t manage to make the London Affiliate Conference this year, but she did send over a gift with Cobus(another really awesome guy) for me and my family. Sonet is from South Africa, and she sent me the following: 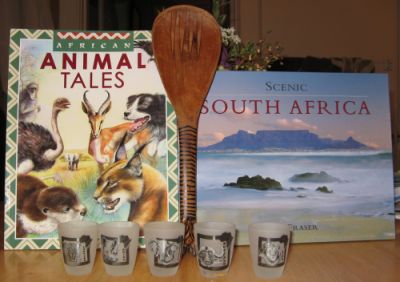 Thank you Sonet for the gifts, and thank you Cobus for bringing the gifts over and bringing them to the conference for me. Thank you for showing that you appreciate me.

Now I’m off to make you guys some money. Sign up at Referback!

This article was written on April 14, 2010 however all articles are looked at on a monthly basis and updated to keep them relevant.